My dad is running a series on his website to which various leaders are contributing, dreaming up dinner guest lists. Here’s mine! I’ve chosen three very different people: when I was doing a lot of singing, I would listen to lots of different genres to keep myself fresh and stretched – I do this when it comes to who I read or follow or am inspired by, too.

This is going to be some dinner party. There are so many people I’d like to invite, but bearing in mind we only have four chairs, we’re already going to be pretty squished (I think my husband and I will share one…that’s OK, though, because LOOK WHO’S COMING TO DINNER!).

Our first guest is William Wilberforce. 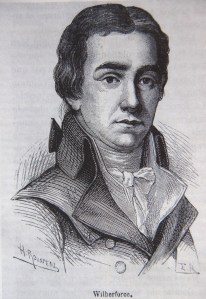 I know, I know – you probably expected that from someone involved in tackling modern-day slavery. But Wilberforce was extraordinary. Well-educated and politically active, a group of activists involved in various welfare reform initiatives presented him with the reality of the 18th century slave-trade: African people mercilessly being uprooted and forced onto ships where many died before being made to cultivate things like tobacco, sugar, and cotton – which accounted for 80% of Great Britain’s foreign income. Hearing about this caused Wilberforce to deliberate gravely on how his life would pan out: could he preserve his seat in Parliament whilst doing what his new friends were asking him to do on behalf of those without voices? We all know what his decision was. Wilberforce campaigned against the slave-trade for 26 years before the Slavery Abolition Act 1833 became law. Through sickness, much opposition, the challenge of culture change and the difficult, constant reminder of the reality of slavery he fought, with his friends, and left a lasting legacy for those of who combat slavery in its modern forms. Yes, slavery does still exist: but there is no doubt that Wilberforce brought freedom to thousands who, without the Act, would have gone on to be enslaved by ignorant minds and greedy hands. This is not all Wilberforce contributed to us who are in his wake: he also led with conviction, surrounded himself with good people, and did not stop until his work was done. Indeed, Wilberforce passed away just three days after hearing the Act’s passage throug Parliament was definite.

Next to him, I’d like to place Henri Nouwen. 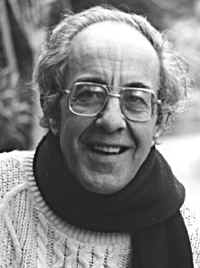 Nouwen’s leadership was different to that of Wilberforce, or perhaps to that of ‘typical’ leaders: he led through relationship, and through his pen. A few things I love about Nouwen: he never stopped learning. In fact, despite his role as Professor at Yale and Harvard (and teaching many in other contexts), there is evidence of him also always being keen explore the world, himself, God through study. As well as learning, Nouwen also engaged in teaching. Whether in class or in services at l’Arche or in his books, he made the complex comprehensible, the unattainable close, and brought Love to life in new ways. He had a way, in writing, of making the reader feel like he or she was sitting across him Nouwen himself, a Nouwen who had time for people and wanted to show you hope or clarity or belonging. He also seemed to be a great friend. Loved by those he worked with and those he journeyed through life with, he was person-centred: and this is so evident in his writing. The ability to marry relational leadership and thought relationship is an aspirational quality. I’d ask him how he balanced the two, and where his journey of loving people so deeply had begun. I’d also love to know if he, through being so giving, ever felt lonely or empty in his leadership.

Finally, Rosa Parks. This is her below. 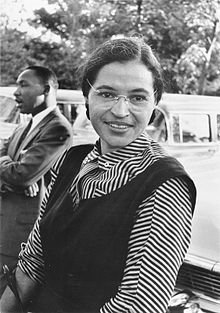 You might not be familiar with her name; no – but you might recognise the guy behind her in that photo. Martin Luther King? Yeah. The two (and a lot of other people), united in the same purpose, brought about change to the United States, and to the rest of the world in their continuing legacy, in different ways. Arrests, death threats, being named “the mother of the freedom movement”. She must have been a loud, instantly recognised, charismatic character…right? Rosa Parks was actually a quiet lady, softly spoken, who was just ‘tired of giving in’. So when a bus driver asked her to give up her seat for a white person because the “white section was full”, she said no – quietly, no doubt somewhat fearfully, but assuredly. She writes in her autobiography that this was the result of years of awakening to injustice, having “had no choice but to accept what was the custom” as an African-American child born in 1913. Rosa engaged in slow, steady, thoughtful activism that looked like organising rallies (and most often staying behind the scenes), encouraging others to take a stand by her own unshakeable example, and working for other activists. She lived the rest of her life in quiet privacy. I’d love to ask her if she would recognise herself as a leader. My inkling is that she probably wouldn’t. But I’d also love to thank her for the stand she took, and the courageous example she led by, that brought about change she probably never dreamed of. Not all leaders are glamorous, extroverted wordsmiths – you could say that it takes more courage to speak through slow, steady, thoughtful activism…and that’s powerful.

Over to you: who would you invite to dinner? I’d love to read your comment below – or your own post!